Should you be AMPed about Accelerated Mobile Pages?

Earlier this year Google began including AMP listings into its mobile search results. AMP, short for Accelerated Mobile Pages, is a specification for creating slimmed down pages for mobile devices. It’s a subset of standard HTML but with restrictions. In addition, Google caches AMPs on its own CDN to provide the fastest retrieval possible. Any AMPs appearing in Google Search results are linked to these cached pages.

You may be asking yourself why we need such a thing when mobile phones are already capable of displaying “ordinary” websites. It’s a good question, and admittedly that was my first question when I first learned of AMP. The AMP project says the purpose of AMP is to give mobile users a better, faster web experience. But what’s wrong with the current user experience on mobile phones? Is it really bad enough to warrant an entire new web page specification when we already have HTML 5?

END_OF_DOCUMENT_TOKEN_TO_BE_REPLACED

Display WordPress posts outside of WordPress

WordPress can make for a great CMS, but sometimes it’s not always feasible or practical to use it for your entire site. One common scenario is to use WordPress for a blog that runs along side a site built with a completely different technology. However, a problem arises in this situation: What if you want to display blog posts on your non-WordPress site?

END_OF_DOCUMENT_TOKEN_TO_BE_REPLACED

When Coders and SEO Collide 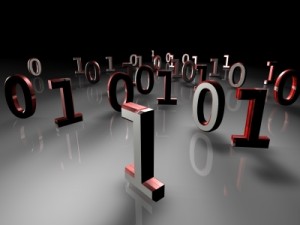 It’s pretty much common knowledge:  Web developers hate SEO experts.  In all fairness, however, the feeling is mutual.  But there are some good reasons for this culture clash.

One thing that SEO’s hate about web developers has to do with the way they execute or fail to carry out a very specific request.

A case in point:  An SEO requests a developer to create a 301 redirect between pages.  The developer does a meta-redirect or a 302 redirect citing that it’s the “same thing”.

From the developer’s perspective, it’s the same thing for the user, but from an SEO standpoint, it affects the search engine rankings.

The Death of Optimization

Developer skills and SEO techniques go hand in hand, so when if a developer fails to do their job, then it doesn’t matter what the SEO team does.  Even with a copy of Google’s secret algorithm in hand, the site won’t rank if the site won’t work.

A case in point:  A client implements some redesign elements.  Suddenly, traffic drops by 30%.

The problem:  Many of the pages don’t load like they should and the ones that do load show 500 server errors.  The developer failed to spot the errors during the development process.

The “I Know SEO” Syndrome

This is a contagious disease that developers get that can quickly spread to other developers.  If you have ever heard a developer say something like I’m pretty good at SEO, it can usually be translated into I’ve read a little about SEO and therefore I pretty much know more than you do.

But wait a minute, SEO’s.  You aren’t immune, either.  There is a related syndrome called “I can code”.

A case in point:  An SEO expert successfully builds a Word Press site and suddenly deems themselves a web developer.

At the root of the culture clash between coders and SEO’s are their driving philosophies.  Business classes that teach search engine optimization focus on uniqueness.  After all, differentiating yourself from the competition is a good thing.  On the other hand, computer science classes center on making everything the same.  Each discipline takes a different approach to reaching the same result:  stability and efficiency.