Archive for the 'Business Tactics' Category

This SEO Nailed It! The Pieces of the Puzzle

SEO has evolved so much during the past 5 years that we even renamed our company to Web Moves.  I absolutely love some of the brilliance I read from experts in our industry— and this guy could have been speaking words straight from my mouth.

Forbes – If You’re Good at These 3 Games, You’re Probably Good at SEO 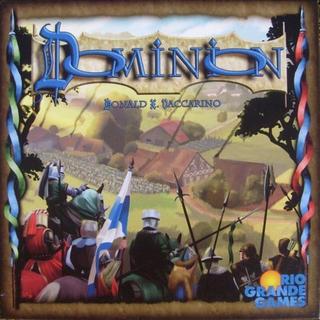 END_OF_DOCUMENT_TOKEN_TO_BE_REPLACED

SEO by the Sea and Me

I wanted to publicly thank Bill Slawski from SEO by the Sea I recently hooked up with Bill in a Google Hang out which was hosted by and old mate of mine Dejan from DejanSEO. After listening to him talk about various SEO related topics, I knew I wanted to hear more. I fired off an email offering to take him out to lunch and he responded promptly (maybe he was just hungry?), we sorted out a day and time for me to come down to meet with him.

It was a pleasure to chat with an industry veteran and share some war stories. I am looking forward to learning from and working with Bill in the future. If you have the opportunity to listen to Bill speak, listen very carefully and take notes :-).

I’m at an interesting 1 day conference today, ITS2011.  The focus is on the future of internet technology. This is not the type of conference we typically attend, we are usually at the marketing focused events. Of course, you can’t have an internet technology event without talking about marketing, so of course I’m picking up some good social media and marketing tips.

The CEO of Cisco offered up a motivating entertaining keynote, with a focus on embracing change.  We live for change here, you cannot survive in internet marketing without embracing and learning new methods every month, so you’d think his chat would be a snore.  Still his presentation got me thinking about the assumptions we make, and how to reach beyond what we know is happening today and anticipate what is going to happen tomorrow.  He shared a fantastic interview from 1964 by the author of 2001, Arthur C. Clark, with his predictions for the future.  He said maybe the world would not exist (meaning we would live virtually.  That we would be able to work from anywhere, even Tahiti or Bali. Imagine that! 🙂  So what is our future going to look like in 20 years? Visualize it and fit your business into it .  Is video going to be huge? Yes.  Is mobile taking over? Yes.  Be ready for that.

Social Media takeaway from ITS 2011

The social media panel gave a basic overview, but some productive takeaways are about using Linked In more, especially for a B2B business. People tend to discuss social media as Twitter and Facebook, but Linked In is a tremendous resource for reaching businesses and often overlooked. It’s not as important for all business models, but spend a few minutes evaluating if this is a missed opportunity for you.

Russian top search engine, Yandex, which was founded in 1997, has made an outstanding progress in recent years. Despite constantly growing competition from both the local Rambler and the “global” Google, it has succeeded to increase its market share in 2010. According to Yandex report, for the first time in four years the engine’s share of the Russian search market exceeded 60 percent, reaching the 64% mark. Yandex has also launched its English version, officially “going global”, possibly intending to fight Google at its own ground.

Despite speculations about going public in 2008, Yandex cancelled the move at the last minute – possibly due to fluctuating economic conditions in both Russia, the US and Europe. Thus, the company is still privately owned, with about 24% being owned by the founders and workers (another 10% held by former employees) and over 60% owned by various funds (including the initial major investor, ruNet Holdings).

After reporting a year-to-year increase of 43% in revenue, which was over 400 million dollars, the company now plans to attract more investors. The IPO (initial public offering) is expected to take place in the early summer and will be managed by Morgan Stanley and the Deutsche Bank. According to various reports, Yandex’s target is raising 1 billion dollars with this move.

Twitter has mad a strong progress in the recent years. It has been a useful tool both for fun and, of course, business. Respectable companies are tweeting, telling their followers about company news, promotions etc. It is only a matter of time for world’s most popular the micro-blogging platform to reach 200M registered users – the current figure being about 175 Million.  People are sharing their thought and ideas using Twitter at astonishing rate, reportedly over 65M tweets per day.

Notably, according to recent research, only 50% of the tweets are in English. It seems that Twitter decided to carry on its success in the Asian market as Japanese is the second popular tweeting language and Malay is fourth with Portuguese being third due to the tool’s extreme popularity in Brazil. However,  instead of addressing the challenging Chinese market, Twitter skippers have picked Korean as the seventh supported language (don’t confuse with the messages language, which can be almost anything, form Tamil to Hebrew and Arabic) in addition to the existing English, German, French, Spanish, Italian, and Japanese.

The decision is based on the amazing growth rate of South Korean Twitter users (almost ten times in 2010) and the country being relatively advanced in technological terms. The relevant iPhone app and Twitter mobile for Android in Korean have also been launched, making tweeting easier for the South Koreans.

Beside the big and known Google, Yahoo, Bing, Blekko and Ask.com and the local leaders Baidu and Tandex, there are several other, “little” search engines – such as HotBot and DuckDuckGo. The latter was launched in 2008 and has a very, very limited market share with about 2.5 million searches a month. However, everyone is trying to gain ground these days – and if this is done on expense of Google – it is even better.

DuckDuckGo tries to gain users by emphasizing their pretty unique approach – they do no store search data. Either this is done on purpose or the company simply does not have the necessary resources, the manner is now advertised as being solely correct.

In an aggressive marketing campaign, the company specifically highlights “the Google way” of “invading your privacy”, stating that with little effort, your search history associated with computer IP and, stored at Google servers can be tracked down to you in person. Next goes your personal data, credit history, insurance policy etc.

Although the campaign (as most advertising campaigns) is not entirely correct, purposely exaggerating the “big brother” threat of in its quest of “making the privacy aspects of search engines understandable to the average person” (quoted is DuckDuckGo founder, Gabriel Weinberg), it might have an effect on certain privacy-concerned users. Will they switch to DuckDuckGo or go elsewhere? That is another question, of course…

Yahoo! Is Very Much Committed to Flickr, Blake Irving Says

Yahoo! had several troubles in the recent years. Geocities was shut down, as were several other features. And with over half a thousand workers fired in the end of 2010, people started asking questions about the future of a former search industry leader (how long ago was that?) and its satellite products.

Flickr, on the other hand, is a popular service, and, contrary to so many other projects and applications launched by Yahoo! and Google, generates certain profit. However, according to some general evaluation, this profit is not so high, to say the least. Thomas Hawk estimated 50 million per year, which is, of course, a tiny income for a corporation of the size of Yahoo. This led to speculations about the possibility of yet another cut by Yahoo! – this time of the beloved photo-sharing service.

Well, do not worry yet, Flickr fans. Those rumors were refuted by both Flickr Cal Henderson (who also commented that the figure of 50M is incorrect, since Flickr makes money via advertising, and not only by selling Pro accounts, as was presented in the Hawk’s estimation) and Blake Irving, Yahoo Product Chief. When asked in a recent twitter chat about Yahoo! commitment to Flickr, Irving enthusiastically tweeted “Hell yes we are!”, mentioning Flickr product and team, its strategy and profitability.

It has only been several months since Google had announced and completed the “New Adsense” – a redesign of the familiar GUI, adding several features to impress the users. And here it is – they are already adding more attributes to the popular money-making feature.

According to recent report, there will be now more things you could do in your Google Adsense account, such as creating and editing channels in Adsense for Games and Adsense for Video, blocking specific products by names and view the reports by page, and not only by unit.

There have also been some “renames” – the HTML is now “rich media” and Dynamic Images are called “Animated Images”. All those (as well as text, image and Flash) are included in the performance reports as “Ad types”. In addition, “Ad Requests” is the term that is now used instead of “Unit Impressions”, counting each time the request to show the ad is sent by the website towards Google service.

Google hopes these updates will be beneficial to Adsense users, making the popular “monetize you website” option preferable over Affiliate marketing, specific client banners and other possibilities.now

Twitter has been here for quite a while, but it has really grown in the recent two years. And lately, with the people tweet to share their ideas and opinions as well as notify their friends (aka followers) about the current news, almost every business is using Twitter constantly for promotion offers and other valuable information.

The competition in the online world is pretty severe, and Twitter is no exception. The users need to become more and more creative to make you follow them. Another important task is preserving the follower’s base. And one the ways to achieve that is to let them share an opinion with the “big brother” – the brand. That’s what Twitter Chat is about – allow followers (aka customers) to ask questions and offer personal opinions. Although it is doubtful that any of these ideas will be actually heard in the company HQ (although some certainly might), the “round-table” definitely present a certain level of satisfaction for the clients.

Additionally, this emphasizes a very important thing in the internet era – there are actual people behind the brand. @username is not a tweeting robot; it is a living human being that can chat with you from time to time.

The marketing has always been about customer’s psychology – learning the specific needs of a potential client and trying to satisfy them. Google has demonstrated once again that targeting certain audience is mandatory. And if you are into SEO, you should be aware of it.

According to one recently published study, Google Search results on a smartphone will vary by over 80% from those produced by a desktop computer query. If you think about it – this is actually quite logical to have a slightly different search algorithm for smartphones. For example, smartphone users like downloading various applications. Thus the mobile Google Search presents many results that include the word “app” or “download”. Brand filters and store filters cannot be applied to mobile Google search and it is even more biased towards “local” domains, with Google places usually appearing higher in the vertical results list.

With the smartphone market growing quickly, it seems as only a matter of time when “SEO for mobile” will become a separate branch in the industry.