OK, let’s be honest right off the bat: most press releases received by most media organizations go right into the recycling bin. But that doesn’t mean yours will. For one thing, the good press releases have a few things in common, and for another, “media” now includes bloggers, ezines, streaming content producers, and freelancers. Whoever you plan to send press releases to, do some research on them first and make sure that your press releases would be a good fit for their organization. It’s the 21st century version of the old “don’t send a dog article to a cat magazine” rule. 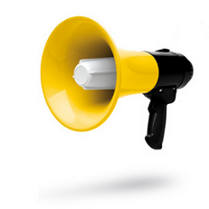 The press release is by no means dead, and is in fact very useful in many situations. Your press releases should be sent to news media for the purpose of letting the world know about company developments and newsworthy items. Concentrate on the word “newsworthy.” The number one reason journalists toss press releases is because they so often consist of self promotion dressed up to appear newsworthy.

So really, the first thing you should ask yourself when you’re thinking about sending a press release is “Should I be sending a press release? Or is this just an exercise in vanity or wishful thinking?” Use the “so what” test, because this is what journalists and publishers do. If your press release says, “XYZ Widgetry, Inc. recently hired Dr. Joan Thingity to be head of their engineering development department,” the first thing the journalist is going to think is, you guessed it, “So what?”

Ah, but if your next sentence tells about how she won a MacArthur genius grant for her work on desktop plasma widgetry (or whatever) and that she was at one time part of NASA’s astronaut corps, then you’ve got an answer for the “So what” question. If your press release cannot answer the “So what” question, then don’t send it. Wait until you have something meaty.

While a successful press release ought to be newsworthy, you may have to make the tie-in to the news yourself. Journalists are busy enough that they’re not going to automatically realize that the release of your new phone app coincides with the latest iPhone release. You’ll have to spell it out.

Here are some ways to make sure that your press release is newsworthy and therefore less likely to be chucked in the recycle bin.

You get the idea.

Some other possibilities for making your press release more appealing include:

In brief, your press release should include the following:

You may wonder why you should bother at all with press releases, since they have such a high chance of disappearing into the gaping maw that is the editor’s office, never to be seen again. But it’s all a part of your overall marketing strategy. SEO has a place, plain old advertising has a place, and media relations has a place too. Once you do get a press release or two picked up, consider contacting the editor or reporters you have traction with and offer to send them exclusives. If they know that they’re the only game in town getting your press releases, they may just take you up on it. But none of this can happen without first mastering the press release. You’ll get nowhere unless you have correct grammar, spelling, and punctuation, plus the compelling writing necessary to stand out from the rest of the herd.